Friends of Byford Court raised over £2,500 for Macmillan Cancer Support at their annual fete.

Congratulations to Friends of Byford Court, who held their annual fund raiser on Saturday 28th September.  Residents and visitors were on a mission to break their brilliant donation of just under £2000 last year and they were not left disappointed, raising £2500!

Stalls, a face painter, raffles, BBQ, and bingo were on the menu to make the day go with a swing. But the main event was left to Emma Charman-Conniff who very bravely ‘Braved the Shave’. Emma who admitted that she was as “a little nervous” was thrilled with the support of sponsorship she received for the event, and hopes to raise £1000 towards the charity.

Family members and friends were on hand to support her in her quest, speaking afterwards Emma said that she hoped that her efforts would go some way to supporting the Macmillan charity, she continued:

“We all know someone who has been, or is currently affected by this crippling disease and Macmillan do a fantastic job in supporting patients and families”.

Friends of Byford Court are no strangers to supporting charities and the Macmillan donation is hot on the heels of a recent donation of £750 for prostate cancer.

The committee wish to thank everyone who donated raffle prizes and attended the event, they will soon be starting the organising of next year’s event which they hope to be even bigger! Congratulations all and well done. 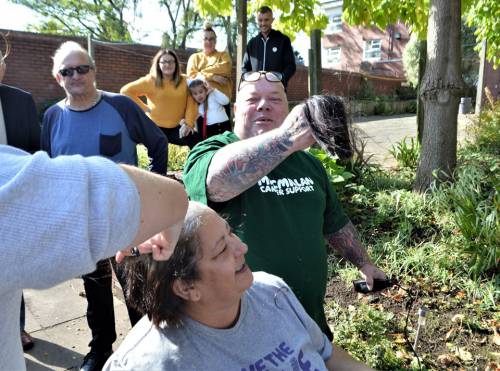 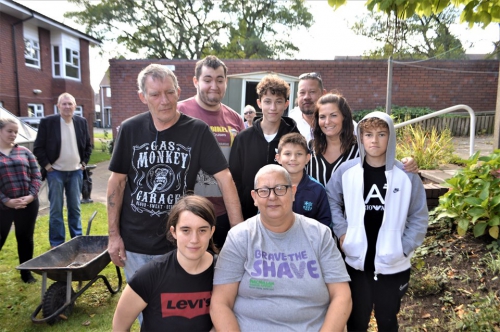