Nuneaton and Bedworth join the procession

Representatives from the Borough joined women from across the UK at an event in London to mark the centenary of the Representation of the People Act, which first gave British women the right to vote.

Nuneaton Museum & Art Gallery was selected as one of the 100 organisations to take part in PROCESSIONS, a mass participation artwork to mark this historic moment with a living, moving portrait of women in the 21st century.

PROCESSIONS was produced by Artichoke, the UK’s largest producer of art in the public realm, as part of 14-18 NOW, the UK’s official arts programme for the First World War centenary. The chosen 100 organisations across the country worked with women artists in the lead-up to the event, as part of an extensive public programme of creative workshops to create 100 centenary banners which formed part of this vast artwork. The banners made represented and celebrated the diverse voices of women from different backgrounds.

In Nuneaton and Bedworth, female participants from diverse ages and backgrounds came together for five workshops under the guidance of professional artist Tracy Watson, producing their own response to this important anniversary. The banner that was created served to represent all the women of the borough of Nuneaton and Bedworth at the event in London.

Cllr Julie Jackson, Leader of the Council, met with the group on Friday to convey her best wishes for the event. She said:

“I am delighted that the Borough joined the Procession to celebrate this landmark moment in women’s history.

“It is a fitting tribute to the suffragette movement and, having just taken up my position as the first female leader of the Borough Council, it is especially significant to me personally. The achievements of those who won the vote a century ago still serve to inspire modern women to stand for office and have a positive impact in their communities – it is wonderful to mark this occasion.

“I would like to thank Tracy and the group for all their hard work and for representing the Borough so splendidly with their banner.”

“The procession forms part of a vibrant living portrait of women today and serves as a platform to highlight women’s narratives.

“It is a great example of how we can use art as a gateway into history – I am so proud of the work produced by Tracy and her group, supported, of course by the staff at our wonderful Museum and Art Gallery. This is truly a fantastic initiative.”

“I was delighted to be asked to be part of this project, particularly as this marks such an important turning point in women’s history. The banner is a powerful piece of art and we remember from it that the Suffragettes were highly skilled in using visual emblems, colours and motifs to further their cause and communicate their ideas. An early form of social media!

“The group have been fantastic to work with and each of them has brought to this project their own experiences of being a woman in society. They have also reflected on the changes, brought about by great sacrifice, that the Suffragette movement won and also given thought to the changes still yet to be made. I’m proud to be part of this project.” 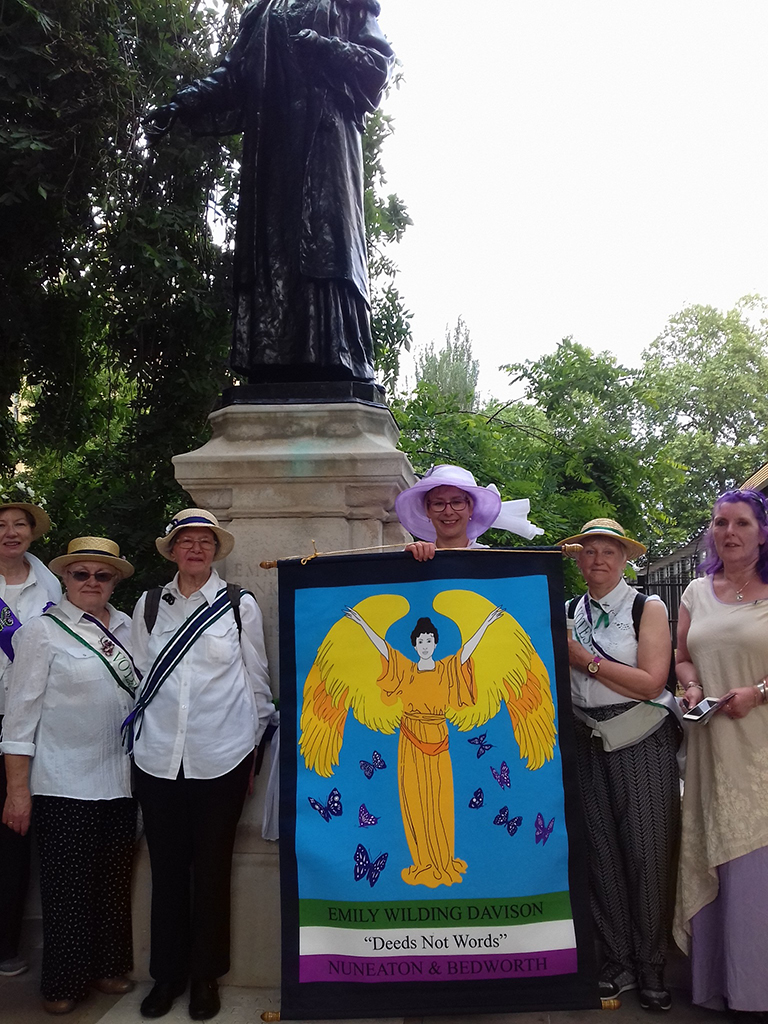