Cllr Bill Hancox, the outgoing Mayor of Nuneaton and Bedworth, has thanked Borough residents for their generosity towards his chosen charity, the lymphoedema clinic, based at Mary Ann Evans Hospice. 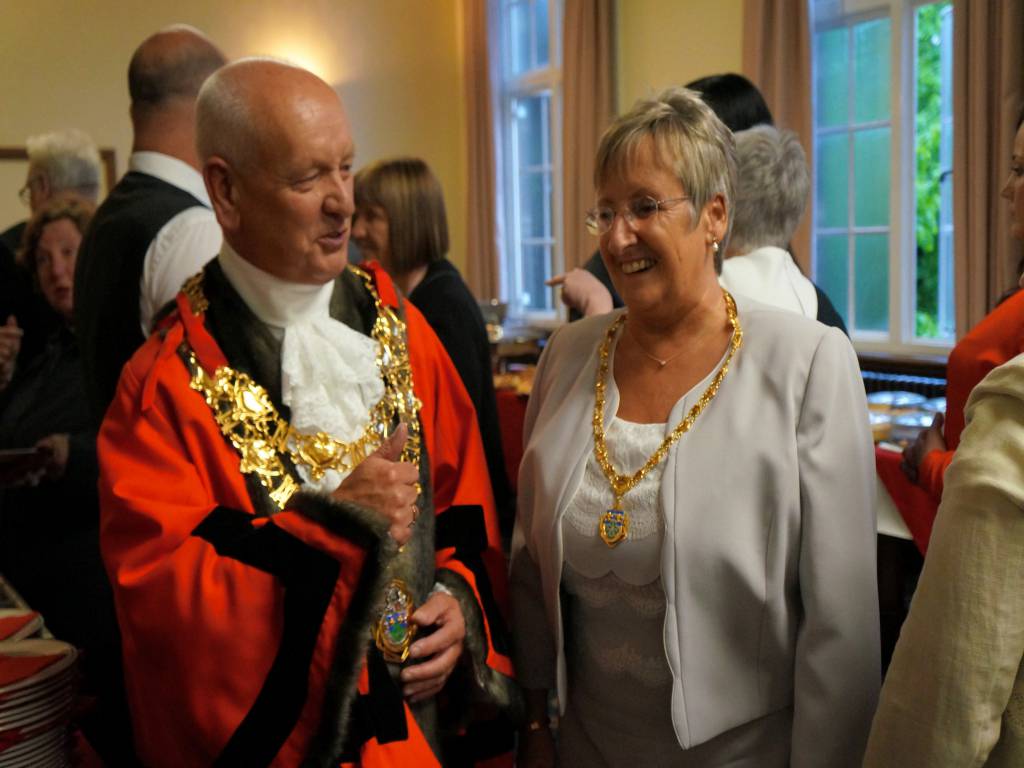 The latest calculations show that the Mayor and Mayoress have raised a staggering £33,000 for the charity.

At the annual meeting of the Borough Council last night, Cllr Hancox paid tribute to the generosity of Nuneaton and Bedworth residents who have contributed to the fund raising through various events and donations over the civic year. The funds raised will help the clinic buy much needed equipment.

“Sheila and I cannot put into words our thanks to the people of this Borough who have supported our appeal since it got underway in May of last year.

“We are amazed at how much money has been raised and would like to thank everyone who has given money or their time to help such a valuable cause.

“We are also pleased that the appeal has raised awareness of lymphoedema and the work which is carried out at the Clinic.

“We would also like to express our appreciation to everyone we have met during a fantastic year where we have been honoured to represent this Borough as Mayor & Mayoress.”

The lymphoedema clinic is close to the couple’s heart as a result of Sheila being diagnosed with the life changing condition, which has no cure. Sheila is grateful for the treatment, kindness and professionalism of the staff.

Fundraising events have included a wing walk on a plane high above the clouds by the  Mayor and his youngest daughter Joy, his grandson selling homemade fudge, a garden party held at The Boat public house, a concert at the Civic Hall in Bedworth featuring the Royal Marines Association Band and a charity lunch at the Cross Khukris Gurkha restaurant in Nuneaton. Volunteers also took part in street collections in both Nuneaton & Bedworth town centres to boost the appeal.

Cllr Hancox and his wife completed their civic year and stepped down from their positions yesterday at Annual Council. The new Mayor is Cllr Chris Watkins who will be supported by his wife Collette as Mayoress.