Citizens present gift to the Borough

Local community members recently made a presentation to the Borough with a commemorative gift in recognition of the support shown for the Queen’s 90th birthday celebrations.

Outgoing Mayor of Nuneaton and Bedworth, Councillor Jill Sheppard was presented with a framed picture containing photographs of events that took place in Nuneaton last year in celebration of the Queen’s landmark birthday.

Members of the community, led by Mr Osman Sheikh, Mrs Abeda Vorajee and Mr Saeed Sheikh stepped forward to present the gift which was given in thanks for the support that the now former has given to the birthday celebrations.

The presentation took place in the Mayor’s Parlour in the Town Hall and guests were treated to an interesting talk on the history of many of the ancestral  items that are kept on display in the room, that date back more than a century.

A speech was then made by Mr Osman Sheikh, referring to the importance of communities and the nation coming together in harmony under the unifying presence of the Queen. He thanked the former Mayor for her role in supporting the celebrations on behalf of the organising committee of ‘One Britain, One Nation’. The Reverend Ken Newborough then spoke of the importance of good citizenship and importance of all people to feel valued and secure.

Speaking about the Queen's Birthday Celebration Event in 2016, Councillor Jill Sheppard said, “I was delighted to attend the event, that brought residents together, and many faith groups and schools, and I am delighted to receive a permanent record of the event”. 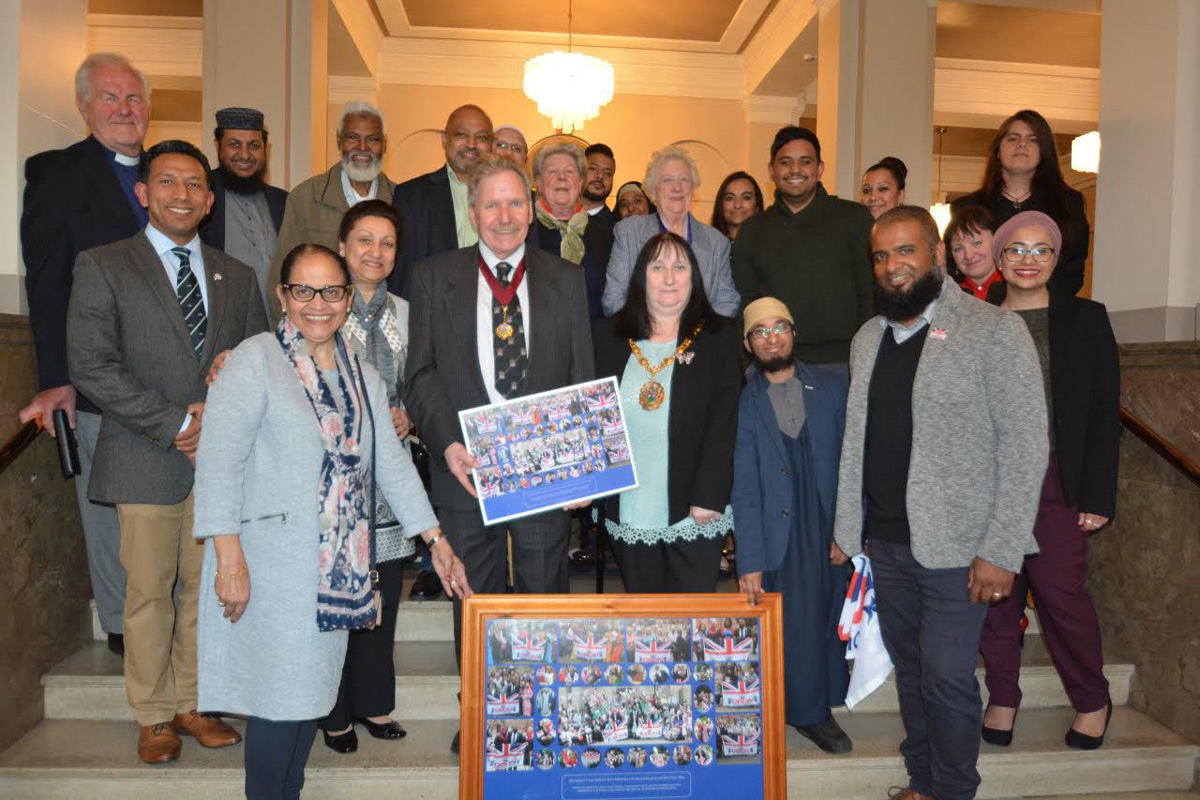 Picture above shows the then Mayor, Cllr Jill Sheppard and then Consort, Bill Sheppard with the framed picture and smaller copy at the Town Hall. In the foreground is Mrs Abeda Vorajee and Mr Saeed Sheikh.