A ‘blueprint for a new Bedworth’ could see a brand-new civic theatre and library built in the heart of the town, Nuneaton and Bedworth Borough Council has announced today.

The first glimpse of a ‘town centre vision’ comes as councillors reluctantly announce that doors will remain closed on the existing Bedworth Civic Hall.

The Borough Council has published the first images from a draft vision for the site around the Civic Hall, promising new housing, new office space, retail units, a multi-storey car park and a multi-million-pound civic development to include a 350-seat theatre and a new library.

They say the ‘overwhelming’ costs of running and maintaining the existing town centre venue, first opened in September 1973, make it no longer viable.

In its heyday, the theatre featured world-renowned performers including Pavarotti and Morecambe and Wise and has always provided a stage for local amateur performers.

Unfortunately, however, the building is no longer fit for purpose for the 2020s and beyond.

The pandemic forced the doors to close in early 2020. The Civic Hall then became a vaccination centre for the NHS during 2021, and thousands of local people received life-saving Covid protection there.

Now those arrangements have ended, the capital cost of restoring the building to a decent standard for theatre shows, together with the ongoing costs of the loss-making venue, mean councillors have reluctantly made the decision that its doors should remain shut until the regeneration programme Transforming Bedworth can get fully underway.

“We are already looking forward to the day when local people can again experience the thrill of attending a theatre show on their own doorstep.

“We must be realistic. The building needs new boilers that will cost tens of thousands of pounds. The layout and design of the building is poor, and a number of facilities need significant building work to make the Civic Hall fit for the 21st century. It uses available space inefficiently, and we know it was difficult to sell enough tickets in a venue this size to help make it pay its way, even before the pandemic.

“We know people will feel the loss of a much-loved building like this, but we believe Bedworth has a bright future, so we are looking forward. We have used the time during which the building has been helping the vaccination campaign to look at creating a bright new future for Bedworth Town Centre.

“We believe this is work that could have been done years ago, but the important thing is we are working hard on options for the future now. Today, we are sharing the first glimpse of what this reworked site could look like, but it is early days.

“We have unfortunately been unsuccessful in a recent bid to the Arts Council for funding that would have enabled us to produce a comprehensive feasibility study for this town centre, but we won’t be deterred.

“We will continue to examine all the opportunities we can create and we will bring exciting ideas to reality in this town centre.

“We have shared these images today which show this administration has a bold vision, ambition and aspiration for Bedworth that is unprecedented in our Council’s history.

“We have already completed new mountain bike trails, netball and tennis courts in Miner’s Welfare Park, and work is underway on site to create a new physical activity hub which will replace the ageing leisure centre. We are building an exciting vision for this town, and we are looking at schemes that could help transform this part of the town centre.

“We will give people the chance to be involved in and influence these proposals as they develop further. These are bright days for Bedworth, without a doubt.” 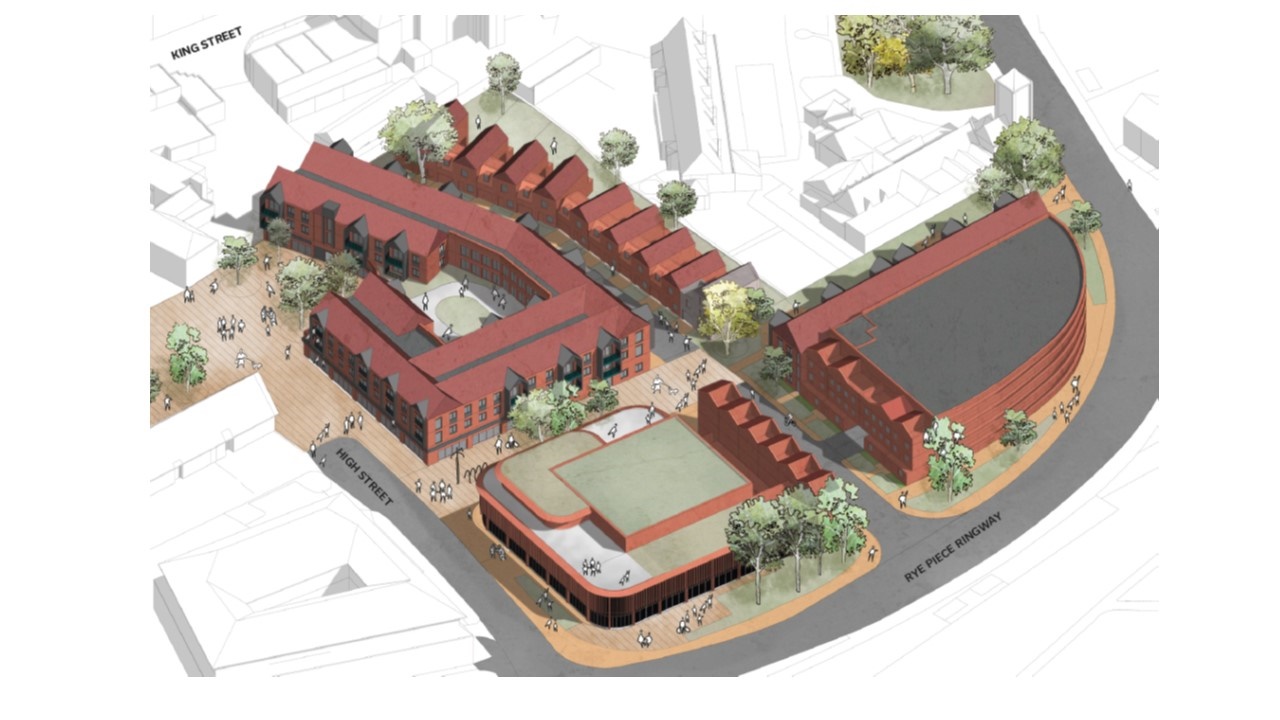