Batonbearers were nominated in recognition of their contributions to their local community and being an inspiration to others.

As we look towards welcoming the Queen’s Baton Relay on the 21 July, we are proud to introduce you to some of the Batonbearers that will carry the Queen’s Baton around Nuneaton and Bedworth. We will be doing a spotlight on them in the coming weeks- stay tuned to find out more! 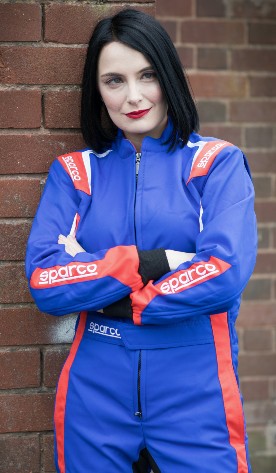 Deanna researches abuses of power within motorsport, and within the military: most recently, she has researched abuses of power which affected the investigations into the deaths at Deepcut Army Barracks as part of her master’s degree at the University of Portsmouth.

She has been volunteering throughout the community since she was 12 years old. Deanna has been an assistant leader at a local Brownie unit and is currently setting up one of her own. Deanna has raised funds for several local causes including the Royal British Legion, the RAF Association Wings Appeal, and the RAF Benevolent Fund.

Deanna has challenged stereotypes within motorsport, having taken part in Formula Woman, a motorsport entry opportunity for women of all ages with a passion for driving.

On learning about being chosen to represent the Borough as a Batonbearer, Deanna said:

“I’m absolutely delighted to have been selected as a Batonbearer for the borough. To be nominated primarily for my research into military corruption during my master’s degree at the University of Portsmouth is amazing; but to also have my volunteering with Girlguiding, Brightside Mentoring, and the Hill Top and Caldwell Big Local recognised, as well as my work to challenge stereotypes of females in motorsport...it’s very overwhelming! I’m looking forward to representing my community on the day!”

“These are truly inspirational people who have made a huge contribution to our community. I am extremely proud of their achievements and the time they have given up to help others. It is fantastic that they have been recognised for their achievements in this way.  A huge congratulations and a big thank you goes out to them all. I look forward to watching them carry the Baton proudly across our Borough.”

View the full itinerary for the Queen's Baton Relay in Nuneaton and Bedworth.